SuperEpic: The Entertainment War is absurd. I feel that getting this out of the way is important as the game doesn’t hide behind absurdity in any way. It uses it to exaggerate issues within the games industry to tell a cutting commentary on the state of games as a service, microtransactions and the lack of concern for quality; only the profit margins matter. Of course this doesn’t affect the whole industry, but SuperEpic proposes the idea of these harrowing practises taking over to form an Orwellian dystopia with a brainwashed society that only works, plays and spends, doomed to repeat this cycle forever.

With this concept, SuperEpic puts you in the shoes (or saddle) of TanTan the raccoon who plays games from before the corporate rule of RegentCorp who pump out cheap games designed to squeeze its users of all their cash. Atop his trusty llama steed, TanTan invades the main building of RegentCorp to attempt to take back the world’s free will. RegentCorp is portrayed as a fittingly Orwellian company of pigs, literally fitting Animal Farm’s depiction of “capitalist pigs” very effectively. Many of its employees, who serve as they many enemies in the game, are all anthropomorphic animals of various kinds, each fitting a role suitable. From bulldog security staff to crocodile chefs, the sheer variety of enemy types is very appreciated, especially when similar enemies differ between the themed areas to prevent seeing the same types constantly.

Speaking of said areas, they all vary wildly. While it starts off in grandiose art-deco entranceway halls, it quickly shifts tunes once you migrate to new regions. Some are typical of what you’d expect from a large corporate building, like fitness areas and server rooms, but some go to more extreme scenarios like a Castlevania-esque region or underground catacombs. It doesn’t hold back making references to other media too, from aforementioned Castlevania area to one that wouldn’t feel out of place in Mega Man X. Many other references are made by other means, from a Hadouken-like fireball attack (complete with the quarter circle input) and characters referencing Dragon Ball Z and Futurama.

But enough talk about the theming, how does the game itself fare? First and foremost, Undercoders sure know what makes a good Metroidvania tick. They’ve really managed to get the core aspects down while also interpreting common characteristics with their own twists, like how warp points are now elevators complete with cheesy music. A strong emphasis on combat has been woven into the core gameplay with three basic attacks allowing for a wide variety of combos. Y is your basic chain attack, X is an upward swipe that can launch enemies airborne and A is a smash which can break guards and also send aerial enemies plummeting down to earth. What’s most amusing about these attacks is the weapons you use, from umbrellas, golf clubs, squeaky hammers and crutches, anything goes.

If you’ve ever played a Metroidvania before, you know how progression goes. You will oftentimes be headway into swift progression, only to meet a roadblock encouraging you to look elsewhere until you find whatever upgrade you need to move forward. Backtracking is key to this, and it may seem tedious at times but the map is still designed in such a way that if you do know where it is you need to go, the whole process is smooth. This better fits a second play through, of course, but many well designed Metroidvanias also take this approach to encourage exploration and those “aha!” moments when you find just the ability you needed to cross that pesky gap you couldn’t before. I never felt like I was wandering aimlessly in my time with SuperEpic, and whenever I did hit a roadblock, all that was needed was to take a look at my map and see if there were any unfilled spaces in prior areas. More often than not I would find my way forward, or at the very least pick up previously missed items.

One particular aspect stood out from the crowd though. In tune with the game’s theming of “money grabbing cheap games”, you will find keypads in front of barriers throughout the game which come with a QR code. Scan these up with your phone and you’re greeted with a really cheap knockoff mobile game playable in your phone’s browser. They’re really nothing to write home about and are even “coded poorly,” as reaching a certain score in them makes them glitch out and reveal a code. Plugging this code into the keypad unlocks the barrier and rewards you with new items. Cash machines also have a clicker game associated with them, with in-game cash being dispensed for certain thresholds in the app. There’s no doubt a layer of irony to these games, which Undercoders are no doubt aware of, as they will inevitably shut down some day. Fortunately they aren’t crucial, by any means, but they add an extra layer to the narrative through the gameplay itself.

With all the praise of the gameplay and theming I’ve been giving SuperEpic, it certainly isn’t without its flaws. Despite its strong combat mechanics, the game has a tendency to overwhelm players in new areas fairly quickly. This gets more and more exacerbated the later you get into the game, with it flooding some rooms with multiple really tough enemies which can be extremely painful to take on. Death isn’t immediately punished, with a one-time payment of half your current cash to revive you. This can only be done once though, if you die again before reaching a save point then you have no choice but to be warped back to the last save you made. The elevators are also a bit scarce, with only one per area in the game. This means a fair bit of needless backtracking if you want to get somewhere specific that isn’t near an elevator.

It’s certainly been a joy to play SuperEpic, I can certainly say it has joined the echelons of solid Metroidvanias and is a nice surprise to top off the year with. A few rough edges don’t particularly dampen the experience as a whole, as tight and responsive gameplay combined with excellent theming and narrative make it stand beyond its flaws. It looks as though there’s room for a followup act later down the line, so I greatly look forward to what ideas Undercoders have in store should a sequel be considered.

SuperEpic: The Entertainment War is available now for Nintendo Switch, Playstation 4, Xbox One and PC. 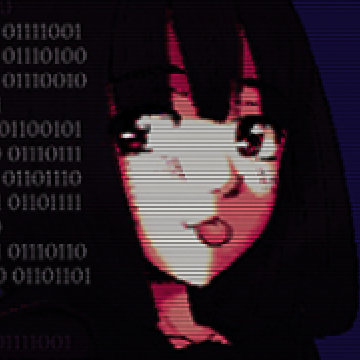 Long time fan of Nintendo and games in general, I always lean on the quirkier and unique sides of things in particular. It all started when I was lucky enough to get a Gameboy Color and Pokemon Yellow for my tenth birthday and it’s been going strong ever since. I’ve always had a need to get my voice heard and share anything I find interesting with the world.